How Dentistry Has Evolved 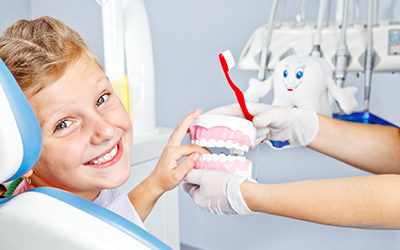 Dentistry is definitely not what it once was. It has significant transformation in just a century, particularly between the early 1900s and the present. Here are some of the dental revolutions in recent history t demonstrates how Greensboro dentistry has developed into the cutting-edge office it is today.

Evolution the Beginning of the 1900s

There were a number of fascinating dental discoveries in the early twenty-first century. The crown was created in 1903 to cover the tooth's surface. Soon after, in 1905, the painkiller Novocain was created, quickly becoming standard practice.

During this period, fluoride was also discovered, and in the 1940s, it was added to drinking water. However, the first fluoride toothpaste didn't become commercially accessible until the 1950s. Unbelievably, the 1950s also saw the introduction of the first dental chair with a fully reclined back, as well as high-speed hand equipment.

Procedures for teeth whitening have been practiced for ages. The Egyptians and Romans utilized homemade remedies to try and whiten teeth since they thought white teeth were a sign of affluence. Researchers began working with heat lamps and hydrogen peroxide to brighten teeth as early as 1918.

The first patent for a viscous whitening gel wasn't granted until 1989, though. The dentistry industry in the 1990s erupted with novel whitening pastes, procedures, and kits as the fad quickly gained popularity.

Dentistry has experienced some thrilling times over the last 20 years. The way dentistry is practiced today has significantly improved because technology, which has also dramatically enhanced procedures and equipment. Modern materials can be fabricated to look like teeth and are tougher and more adaptable.

Additionally, design and computer simulation have never been simpler thanks to digital dentistry. Digital x-rays and laser dentistry have also significantly increased accuracy. Invisalign aligners and dental implants, more covert appliances, have helped patients fix disorders without the necessity for the bulky braces or dentures that were once widespread.

If you are looking to experience the modern tools and techniques of Greensboro dentistry for your child, get in touch with Piedmont Pediatric Dentistry today.

How Does Nitrous Oxide Work?
Nitrous oxide is used as a sedative in various healthcare capacities as it helps keep patients relaxed and calm. The patient…
Is Sedation Dentistry Safe? (Child Related)
Going to a dentist can make many children nervous and scared, especially if the procedure is more extensive. Sedation…
5 Reasons Your Child Will Be More Comfortable with a Pediatric Dentist
From the moment your baby pops out their first tooth till the day they turn six – the average age when they begin to lose…
Tips for Finding the Right Pediatric Dentist Near Me
According to experts, your child should visit a pediatric dentist as soon as they turn one. Even though their pearly white…
How Dentistry Has Evolved
Dentistry is definitely not what it once was. It has witnessed significant transformation in just a century, particularly…